Only serious, professional requests.
Don't spam or ask for a job!

To Whom It May Concern: My food Philosophy I believe in food that is true, in a sense that it doesn’t destroy or take away. Food is a resource that should be respected in the sense, that with all the agriculture happening, we are destroying the planet, so that we can over indulge. Mass production is killing food that is real, where it used to be okay to have a deformed product, on your plate. It was okay but we have become so obsessed with things that look pretty! The reality is that a lot of food is being thrown out because it just doesn’t look right. I feel as a Chef, I am to blame, busy chasing something that isn’t the reality and as Chefs we should be able to produce so of the finest cuisine with the odd looking produce. We have a responsibility to make our kitchens, waste free, using the whole product, being sustainable. We have a responsibly to insure that, the big cooperates stop having this grip over us a consumers but we should champion the small guy, who cares for his land and in a way, caring about food as a resource. My focus is to produce food that is seasonal, and if it’s out of season, we just don’t cook it. We have to ask ourselves where it has come from, just so it can be on my plate. I believe that we have to be proactive as chefs, by not being shy to say we don’t have something because it’s the wrong time of the year. We need to plan our menus in a way that, we can chop and change with ease, without having to change the whole menu. We need to respect the seasons! I love to cook everything from scratch and believe that how you get to a no waste kitchen and using everything. Making out own, jams, breads, preserves, sour dough, fermentation, pickling (for out of season). Another aspect that is important to me as much as food, is Chefs and how we keep them in our kitchens. Creating working environment that is inspiring and engaging at the same. Having a team that is focused on one single goal and doing everything to reach that goal. I have seen a lot of Chef crash and burn because kitchens are an unhealthy environment, that is ruled with nothing but fear, I don’t believe in that. We are artists and having a healthy working environment is so important, in order to have chefs behind one common goal. It is creating an environment where we are disciplined but at the same time, are able to express ourselves artistically Restaurants That I enjoy. Fyn Restaurant – Peter Tempelhoff I had the pleasure of working for the Chef, I love his cooking style and the story behind the food, how it gets to your plate. The discipline that has gone into it and the amount of work that has been put into it. For me it’s a perfect example of a team that, is focused on one common goal. My love for food is found at a, small window shop sealing a bunny chow or someone sealing ribs and grilled chicken from there back yard. That’s honest food, the hidden spots that no one knows about. Neo Mkhwanazi 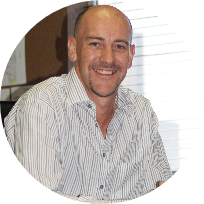